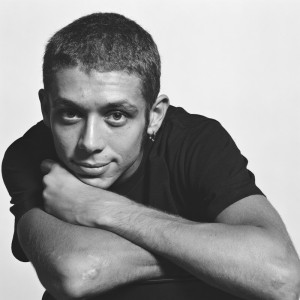 Marquez knows it wasn‘t red mist that caused the incident. It‘s very clear from the helicopter footage that I didn‘t want to make him crash, I just wanted to make him lose time, go outside of the line and slow down, because he was playing his dirty game, even worse than in Australia. When I went wide and slowed down to nearly a stop, I looked at him as if to say ’what are you doing?‘. After that we touched. He touched with his right underarm on my leg and my foot slipped off the foot peg. If you look at the image from the helicopter it‘s clear that when my foot slipped of the foot peg, Marquez had already crashed. I didn‘t want to kick him, especially because, if you give a kick to a MotoGP bike, it won‘t crash, it‘s very heavy. For me the sanction is not fair, because Marquez won his fight. His program is OK because he is his fight. His program is OK because he is making me lose the championship. The sanction is not good, especially for me, because I didn‘t purposefully want to make him crash, I just reacted to his behaviour, but I didn‘t kick him. You can‘t say anything in the press conference, maybe it changes something, but to me this was not fair, because I just want to fight for the championship with Jorge and let the better man win, but like this that‘s not happening. Like I said, I didn‘t want to make Marquez crash, but I had to do something because at that moment Jorge was already gone. The championship is not over yet, but this sanction cut me off by the legs and made Marquez win.